"The Name of a Commonwealth", Theories of Statehood and 18th-Century Accounts of Piracy

Samuel will investigate ways in which English writers of the 18th century, particularly Daniel Defoe, used accounts of piracy to question standard presuppositions about the emerging nation-state and promote Enlightenment ideas about government. As stateless individuals who lived and worked together, pirates were forced to create their own independent societies aboard ship and on land. Defoe used these pirate communities to experiment with ideas of statehood, freedom, property rights, and criminal acts, and to provide a comparison with the European nation-states which questioned the legitimacy of the colonial enterprise. In the hands of writers like Defoe, fiction provided a valuable forum for these ideas that enabled them to enter the popular consciousness, helping establish the emerging novel as a literary genre that can interrogate political and social concerns. 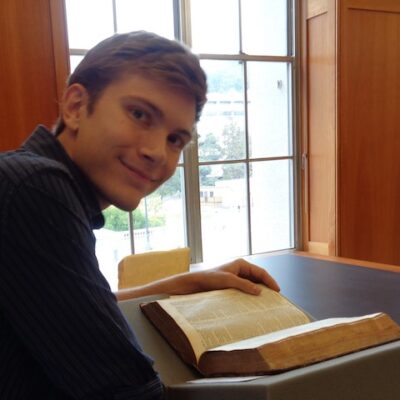