The coordination of cell movement is an integral process in development, affecting morphological shape as well as cell fate specification. While the importance of this process has been long realized, the molecular regulation of cell movement remains poorly understood. Saori plans to investigate the roles of two genes, fuzzy (fy) and inturned (in), in establishing cell polarity during convergent extension movements in the early frog embryo. Convergent extension is the process by which a population of cells redistributes itself by converging along one axis, thereby elongating along the perpendicular axis. In cloning and characterizing these genes through loss and gain of function analyses, Saori aims to integrate the results she collects to build upon a developing signal transduction pathway that triggers this intricate array of movements for her seniors honors thesis in Molecular and Cell Biology. 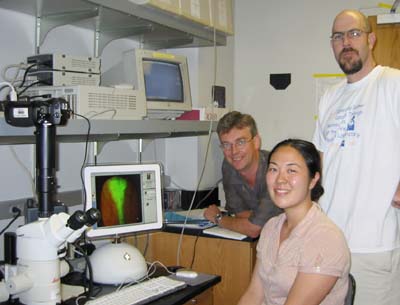