Scott’s project examines the crystallization of the “one-drop rule” in the United States between 1890 and 1936: a relatively unique principle of racial classification which defines as “black” anyone with even the slightest trace of black or African ancestry. Over the summer Scott will be visiting the Schomburg Center for Research in Harlem, and, in order to investigate the internal workings of the United States Census Bureau, he will be conducting research at the National Archives in Washington, DC. In addition to explaining some of the more distinctive features of “race” and bureaucracy in the United States, Scott’s project promises to make a significant contribution to a current stream of debates within the social sciences over (i) the general relationship between “categories” and “groups,” (ii) the peculiar role that states play in the ongoing production of racial divisions, and (iii) the overall link between systems of social classification and systems of social stratification. 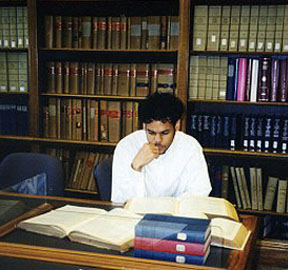