Cultural Memory through Cold War Relics in the Bay Area

Elven anti-air Nike Missile Sites ringed San Francisco in a line of atomic protection, poised for launch at Soviet bombers that never came from 1950 to 1974. Only Nike Missile site SF-88 has been preserved in a coat of fresh paint that crowds of the curious have toured since 1974 in the Golden Gate National Recreation Area. Sebastian Herics will be tracing the cultural memory of the Cold War by comparing Nike missile sites, both preserved and left to ruin, through the eyes of the military, the city of San Francisco, and various social movements in the BayWhat does it mean to have Cold War memories both preserved and left to crumble? He will be flying to Washington D.C. for various military archives. 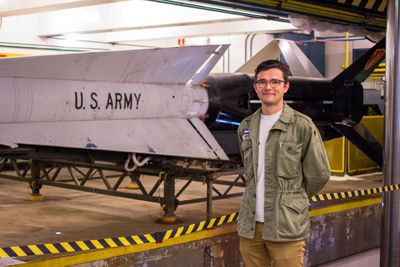