The Cerebellum's Contribution to Cognition and Learning

Contrary to previously held beliefs, the cerebellum is not restricted to activities involving motor control. It participates in a variety of cognitive functions from attention to verbal working memory. This can be attributed to its connectivity with regions of the cortex that are involved in learning and memory. Previous research suggests that the cerebellum may be more involved in metric-based rather than rule-based or categorical learning. Tawny’s project will examine that hypothesis and investigate the cerebellums contribution to specific types of learning as well as the role of feedback on cerebellar learning. She will use behavioral and neuropsychological methods to piece together how the cerebellum could be involved in a wide variety of processes and present a more general understanding of its role in learning and cognition. 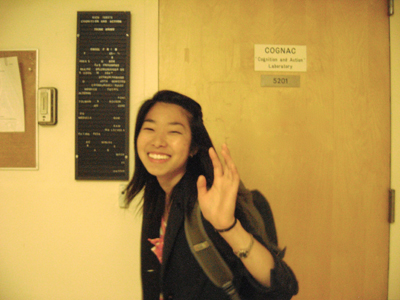