Should There Be A T? The Silencing of the T in the LGBT Movement

Thatchers research explores the relationship between the increasing social legitimacy of the LGBT movement in the U.S. and their marginalization of transgender voices. He will examine the historical reasons for the fracturing of the “T” from the LGBT community and its effects on the transgender community. Thatcher will examine the archives at the GLBT Historical Society beginning in 1973 and ending with current national debates on marriage equality, the repeal of Don’t Ask, Don’t Tell, and the Employment Non-Discrimination Act and conduct in-depth interviews with transgender people. While this project will add to the burgeoning field of LGBT history, the aim is to disentangle various factors that marginalize the “T” of the LGBT movement in the hopes that this will contribute to a more genuinely inclusive movement.

Austin in June is HOT! Adjusting to climate and culture was challenging. Thank goodness for air conditioning! While I consider myself a Texan having been raised there since the age of nine, the lack of resident status proved a barrier in obtaining interviewees due to my move to San Francisco 4 years ago. Things in the field were frustrating, confusing, and rewarding all at the same time. Going home as a researcher definitely changed the way I saw myself and my relationship to home. It was more difficult to get interviews in Austin than I had anticipated. The political and social climate did impact the ease with which I could obtain interviews, but everyday logistical things such as scheduling provided some obstacles as well. However, the interviews I had were great! I was humbled and honored to be able to meet with and hear peoples stories and lives. It was also amazing that so many of those who have spoken with me have said how excited they are about my research. I had originally intended to come back after three weeks, but I had to extend my stay for a week in order to get all of the interviews I wanted. It was nice to get back to the Bay Area after being in Austin during the month of June. While Austin is a fun and great city, the heat and I have never been great friends, so I was ready to be greeted by San Franciscos fog. Being in the field was exhausting. However, I was happy to leave on such a high note with what happened at the capitol building with the Texas Democrats fighting back against an abortion bill--It was exciting! I had obligations with another research program this summer, the McNair Scholars program, which I ended up devoting July to. It allowed me to begin some preliminary data analysis for the interviews from Austin. It was a great opportunity to present some preliminary findings at the Berkeley McNair Symposium, which allowed me to have a practice run for the Haas presentation next January. Ive completed the majority of the interviews in San Francisco and its been interesting to hear differences and similarities between responses from the interviews from Austin. Im excited to begin the process of regional analysis in the fall and look at the broader picture of this project. While I initially looked into incorporating archival material, the richness of the interviews and the time Ive taken to really ingest the data has persuaded me to narrow my focus further and prioritize the more contemporary issues that the mainstream LGBT movement is facing. I ended the summer feeling blessed to have had the opportunity to speak with these wonderful people who have entrusted me with intimate and insightful details of their lives and their perspectives. 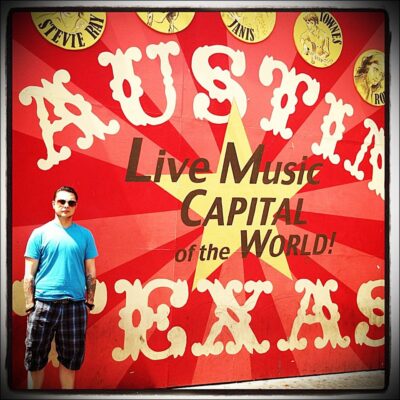