Actinomycetes, filamentous soil bacteria, have been the single richest source of medicinally relevant natural products, whose applications include anticancer agents, antifungal agents and antibiotics. However, actinomycetes still hold great potential for novel metabolite discovery. This is because the way they are typically grown in the laboratory fails to mimic cues in their natural environments that potentially induce the synthesis of novel metabolites. During this project, Victor will place actinomycetes in ecologically relevant contexts by reintroducing them to bacteria they would naturally encounter, in binary interactions, and subsequently analyze the metabolites produced. In addition, he aims to characterize the microbial community structure in root nodules and analyze their metabolites to discover possible mechanisms of interaction within the nodules. This project will incorporate genomics, analytical chemistry, and ecology towards metabolite discovery. 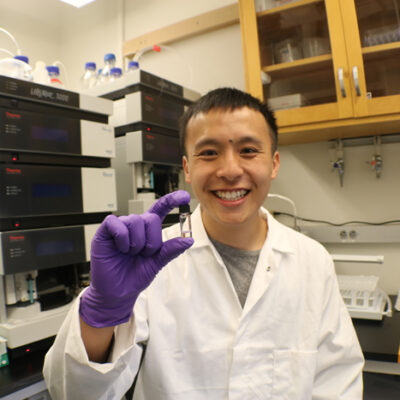