Rural America is an abstraction upon which no one can agree. The U.S. Census Bureau does not even use the term. Officially, what is rural is what is not urbanit is, demographers say, what is left over from the rest. That most people do not live there is all the more reason to get on a bicycle and go. Go, and ride all day. Then pitch a tent behind the firehouse in Sweetwater, Texas and wake up early to talk to folks before church and at the local Whataburger on a hot afternoon.
John Steinbeck, Paul Taylor, Dorothea Lange and Studs Terkel each spent the twentieth-century traversing the country and chronicling what they found. Their newspaper articles, photographs and oral histories are the product of a purposeful wandering that is forever impressed upon the world. Poets, for their part, have also approached the same important work for the same important reasons. Walt Whitman wrote America as he watched it. Vachel Lindsay traveled the nation penniless and afoot, trading his poems for bread as he wrote new ones that would be published in a book attesting to the character of rural America. Adams project strikes after the same spirit.
Writing Between America is a project that aims to explore the texture of rural America. This country is one with people who have stories that should be heard and, moreover, told. This is not a political project, but listening is nonetheless political. Writing others, for others, can change minds and discourse and, maybe, the worldabstract as that may be. This is the reason to ride, on a bicycle, carrying a tape recorder and notebook in a handlebar bag. It is the reason to spend eight-months on farm-to-market roads while writing a collection of articles and poems on the relationship between this country and the people that do not live in cities but still call this nation their home.

Adam Iscoe is a writer from Austin, Texas. He is a third-generation Texan, an Eagle Scout and a graduate of the University of California, Berkeley, summa cum laude, where he studied literature, poetry, philosophy and contemporary political theory. He received the Department of Rhetoric's highest award for undergraduate students, the student citation award. Adam currently teaches journalism at Solano State Prison in Vacaville, California and works as a volunteer editor at the inmate produced newspaper, San Quentin News, based at San Quentin State Prison in California. He has written for The Daily Californian, in Berkeley, and Texas Monthly, the so-called national magazine of Texas, as well as other local and regional publications. Adam is eager to hear from anyone who wants to talk. You can reach him via email: iscoe@berkeley.edu. 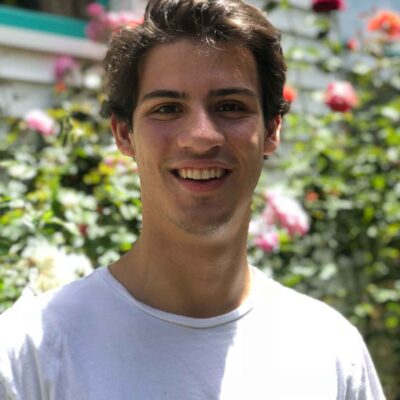