Justice is composed of four elements: truth, reparations, sanctions, and non-repetition. This project aims to strengthen the efforts of the Chol organized communities in Northern Chiapas to create alternative forms of justice via a process of documenting historical memory and lived experiences. The purpose is to address the continuing violation of indigenous peoples right to justice, and the impunity of the crimes against humanity condoned by the Mexican State in the Northern and Forest regions of Chiapas between 1996 and 2006. These crimes happened in the context of the counterinsurgency war against the Zapatistas led by the Mexican government, as well as decades of unresolved land claims, displacement, and neoliberal reforms. In collaboration with the Fray Bartolom de Las Casas Human Rights Center, the project will reinforce the Centers legal, logistical, and media support of these cases. The process of constructing historical memory will involve documentation through interviews, systematization of data and analysis, and collective sharing with communities who have gone through a similar process of alternative justice in Chiapas. The testimonials and collective narratives will be organized into an archive that will be used to support a case and a petition being processed in the Inter American Commission for Human Rights (IACHR) and to develop popular education materials to uplift the voices of survivors that have been marginalized by the Mexican media and justice institutions.

Adriana was born in Puerto Vallarta, Jalisco, Mexico, and lived there until she migrated with her siblings to the U.S. in 2009 to live with her mother. Chabot College was her first school in the US, where she was able to participate in the production of the student film Tuning the Voice, and other education-related documentaries. She then transferred to Cal, where she majored in Anthropology with a minor in Education. She has maintained her relationship to Chabot College working in projects such as The Passion Project Decal course in Berkeley. Adriana also studied and did research in Chiapas about the ideological and practical schemes of the National Crusade Against Hunger with a Summer Undergraduate Research Fellowship (SURF) grant. She spent her last year at Berkeley as an intern in the Multicultural Community Center and a member of the Demographic and Inclusion Task Force of the Berkeley Student Cooperative, where she was able to bring her ideas, passions and politics to practice and create curriculum and workshops on anti-oppression education and cross-cultural dialogue. 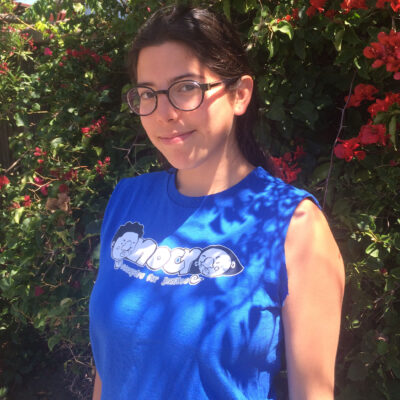