Critical Youth Media is a media literacy and arts program that provides low-income high school students of color on the West and South Sides of Chicago with the intellectual tools to critically engage with the media imagery and information they process and internalize every day. City and state policy that enables the privatization of education via charter schools, the militarization of police, and the eradication of adequate housing and accessible health facilities consistently have the most drastic impacts on poor communities of color, where crime rates and gun-related violence tend to grasp national media attention instead.
Critical Youth Media will serve marginalized youth of color with the creative resources, holistic guidance, and academic access needed to effectively mobilize against over-simplified and heavily scrutinized media representations. The program will host five media literacy and production workshops throughout the 2018-2019 school year for about 6-8 weeks each in addition to a 12-week summer workshop. Workshops will provide students with the space to critically engage with cultural and political media, current events, and their own personal experiences as empowered urban youth as they create their own authentic and dynamic narratives through filmmaking, photography, and other forms of visual and digital media.
Here’s a video Crislin produced with some of the youth she was working with in Chicago: https://vimeo.com/353683846

Crislin Christian was born and raised on the West Side of Chicago and has always been a proud public school student and education advocate. After moving to California in 2010, she quickly began to understand the particular influence that media has on social and cultural perceptions, and how policy drastically impacts different urban communities of color in very similar ways, regardless of the city. While attending high school and community college, Crislin became a writer and photographer for her school newspapers. She volunteered with the education equity sector of the Social Justice Learning Institute in Inglewood and East Oakland Youth Development Centers Pathway to College 2 program. She also served as a student-teacher-poet for UC Berkeleys Poetry for the People, and as the Inclusion Director of UC Berkeleys Black Student Union. Outside of academia and service work, Crislin has been an independent filmmaker since she was 17, and a writer and artist since she was a child. Crislins work in urban education focuses on applying critical, sociological, and contextual lenses to current events and utilizing academic concepts and resources to highlight the unavoidable congruence of politics, media, and culture. She prioritizes servant leadership and sees the classroom as a space that should foster both community and individuality as well as encourage students intellectual independence. Her passions in media art, education, and political advocacy came together to create the mission and framework for Critical Youth Media. Her ultimate goal is to one day open her own school. In spring 2018, Crislin graduated with a degree in American Studies. 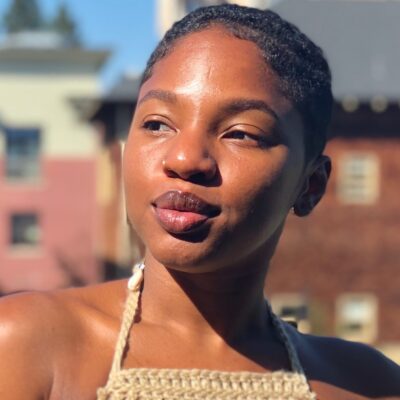