Early in her academic career, Iman began to seek mentors who looked like her who could guide her growing intellectual curiosity. She soon noticed the lack of a bridge between her community and higher education. As a Yemeni woman, she experienced the difficulty in attaining proper representation in the academic world and fulfilling her need for mentorship and guidance. Imans project is an extension of the afterschool mentorship program for Yemeni students at Oakland International High School (OIHS) that she co-founded during her time at UC Berkeley. The Yemeni Youth Program (YYP) serves recent Yemeni immigrants and refugees at OIHS through personal and academic support. The Bay Area is home to the third largest Yemeni population in the United States. Mentors from UC Berkeley will connect with Yemeni students on a weekly basis. Lesson plans will be geared towards the needs of the students in all aspects of life. Through YYP, students will have the opportunity to visit college campuses and meet with college advisors in order create a long-term plan. Iman intends to build a program that makes a significant impact in a community that so desperately needs it. She wants to build a bridge between the youth in her community and higher education and produce a new wave of scholars and leaders in the Yemeni American community.

In 1994, Imans family immigrated to the United States from Yemen to pursue a better quality of life, with more opportunities and better education. Throughout her childhood, her mother would constantly tell her, with an education, you can do anything. As a result, she excelled in school and got a sense of fulfillment from the insights gained inside and outside of the classroom. For as long as she could remember, Iman has been interested in politics, its impact on society, and how it affects the sociological development of people and industries. Her interest first developed through numerous visits to her home countries, Yemen and Ethiopia. Being able to see firsthand poverty, globalization, the lack of educational resources, and the intense need for economic development triggered her interest in serving her community. During the summer of 2012, she became an International Volunteer in Matagalpa, Nicaragua, where she taught English to high school students and co-created a mobile school as a service project. Her exposure to third world countries and the sociological differences among countries has influenced the type of career she plans to pursue after graduation. She hopes to one day become an entrepreneur and develop a program that focuses on providing impactful resources for communities in need, as well as becoming an educator so she can represent communities like her own. Iman is the second eldest of three siblings and the first among them to attend a University. She wants to be a lifelong learner because, as her mother would say, "with an education, you can do anything." 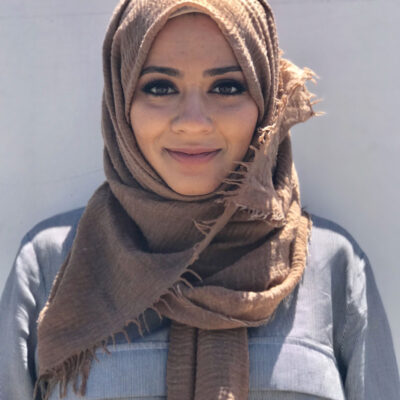