For her Stronach Baccalaureate Prize project, Inna work with community members in the San Nicholas region of Monterrey, Mexico to develop a standardized, transferable “tool-box” for measuring air contamination. Her project will utilize available, affordable air monitoring technology while taking into consideration site-specific conditions. The highly industrialized Monterrey metropolitan area currently faces increasing air pollution problems. Inna’s story involves a very personal connection to the issue of air contamination. As a child, she was exposed to the “contaminated rain” of the 1986 Chernobyl nuclear power plant incident in the Soviet Union. Work in West Berkeley on the long-term risks of steel manufacturing emissions took Inna to Monterrey, Mexico, which had similar conditions. Her project now hopes to empower citizens to take the monitoring of air contamination into their own hands.

Inna Shapiro immigrated from Belarus with her family in 1995. The first in her family to graduate from college, she received a Bachelor of Science degree in August 2012 in Society and Environment with a focus in Environmental Justice and Sustainability and a Minor in Global Poverty. Before transferring to U.C. Berkeley, Inna attended College of Marin, where she completed two associate degrees in Business Administration and Liberal Arts and Sciences. While Associated Student Body President at the College of Marin, she initiated a call for environmentally sustainable construction of facilities and brought together student organizations, the administration, and special interest groups to make revisions to the construction plans, notably using the Kyoto Protocol as a legitimizing tool. Her concern for environmental sustainability began from personal experience after she acquired immune and thyroid disease caused by acid rain following the Chernobyl nuclear power plant explosion in 1986. This catastrophe is still inscribed on her body in the form of numerous immune deficiency conditions. While a student at Cal, Inna was involved in the long-standing neighborhood struggle for better air quality in the community surrounding the Pacific Steel Casting (PSC) in West Berkeley. She was particularly dismayed to find herself as a single mom in a new apartment in UCB family housing, facing another environmental crisis. Her concerns soon extended beyond the health of her six year old son and local community to her academic work, resulting in an independent research about "West Berkeley community Mobilizing against the Pacific Steel Casting Company". She continued this work as a McNair scholar published her research, Root Regulators: West Berkeley Mobilizes Against the Pacific Steel Casting Company in the McNair 2011 Journal. Her Stronach Baccalaureate Prize project continues the work she started as part of her GPP minor practice when she joined forces with Maria de Jesus M. de Marqueda, an activist and the president of Comite Ecologico Pro Bien Estar de la Communidad (CEPBE) in Monterrey, Mexico, home to a large steel industry. Her first pilot air monitoring data collection in Mexico was published and presented at the global Society of Toxicology conference (SOT) in San Francisco. In her project, Inna is seeking to resolve the environmental discrepancy by developing a standard technique for identifying and incorporating site specific conditions (SSC) into an improved standardized framework for air monitoring at the local level. She would like to continue this work to make transferable technologies, specifically an environmental contaminant monitoring framework, available to residents who seek to intervene in neighborhood air contamination and to independently conduct environmental monitoring, thus helping to democratize scientific interventions. Chernobyl exposed her to tenacity of the human spirit. West Berkeley's steel plant required her to search for new approaches to advocacy. Monterrey enlightened her about techniques and technologies that can be applied into community based participatory research. The hope in her son's eyes fired her passion to ensure healthy playgrounds for generations to come. 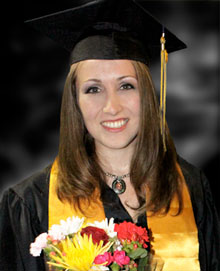