Jeffrey Martin will conduct a detailed study of the Gila River Indian Community Water Settlement Act of 2004, one of the largest and longest-coming Indian water rights settlements in the history of the United States. Representing deeply entrenched battles over water rights and Indian sovereignty in the West, the Act settled nearly 30 years of litigation involving thousands of actors who fought to quantify and define rights on the Gila River. Jeff will examine the origin, voices, and impact of this historic legislation and its implications for future water disputes. The settlement brought water to the Pima and Maricopa peoples of southern Arizona following more than a century of struggle since the river was diverted from their lands in 1866, thus destroying their agricultural practices. Martin plans to interview tribal leaders and members, members of non-Indian business and agricultural interests, and government entities.

In May 2008 Jeffrey Martin received a bachelors of arts with honors in peace and conflict studies, concentrating on sustainable development and social change in the Americas. He graduated as a member of Phi Beta Kappa, the Golden Key Honors Society, and the National Society of Collegiate Scholars. His senior honors thesis, which he hopes to turn into a publishable work, serves as the basis for his Stronach project. During his time at Berkeley he was active in numerous campaigns for social justice and served on the advisory board of the YMCA's Racial Justice Program. Martin advocated for immigrant and labor rights and against the Iraq War. He studied Latin American history for one semester at the Universidad de Belgrano in Buenos Aires. Honing his skill in the visual arts, he has worked as an illustrator for the Daily Californian, as photographer for an online publication of the Earth Team Youth Coalition, and as a professional draftsman at a civil engineering firm in the Bay Area, where he has lived all of his life. Eventually he would like to pursue a graduate degree in human geography. 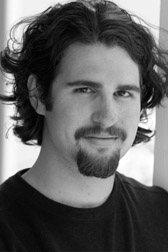