The overarching goals of the project are to improve the livelihoods and revitalize the Bio-Cultural Memory of the Nasa Yuwe people in Colombia by preserving their language, agricultural seeds, traditional foods, and medicines. By doing this Juan and his community partners seek to foster a synergistic process that strengthens the food and cultural sovereignty of the Nasa Yuwe people. They hope to contribute to the reconciliation of the Colombian society and to the healing of the Nasa Yuwe people who have been victims of systemic violence since the foundation of the country. This project is a participatory social strategy of territorial revitalization, resistance, and consolidation of peace in the area. The project incorporates theater, dance, visual arts, and participatory workshops as pedagogic method to provide the Nasa youth with means of artistic expression while bringing awareness about the significance of preserving cultural sovereignty. This will happen with the participation of elders who will teach the youth in the Nasa Yuwe language about traditional plants, medicine, and food. Juan and his partners will also create a school garden, a seed bank, a catalog of traditional edible plants and seeds, and a festival celebrating local agriculture.
Colombia is at a crossroads that provides a great opportunity to foster processes of reconciliation. Since 2012, the Colombian government has been negotiating a peace agreement with the largest guerrilla group in the country, the Colombian Revolutionary Armed Forces (FARC). The challenges to create a peaceful country are much more complex than signing a peace agreement. A lasting peace can only be created by providing dignified livelihoods to all Colombians.

Juan Manuels work focuses on the interdisciplinary study of agrobiodiversity, territoriality, land use policies, rural livelihoods, and climate change adaptation. His research looks into how rural livelihoods and territories are affected by different processes of capital accumulation that result in displacement and dispossession. Juan Manuel is originally from the highlands of Colombia and grew up in rural and urban areas of this countrys coffee-growing region. He worked for two years for the National Parks Services of Colombia, stationed in Sanquianga, Colombias largest mangrove forest reserve. He also worked in the Colombian Highlands Glaciers doing habitat restoration and community outreach. Since moving to California in 2000, he has worked for 14 years alongside other Latin American migrants who were displaced from their homes. Being an undocumented immigrant for 10 years deeply influenced his perspective of humanity. The experiences of growing up in both the rural farming communities and urban areas of Colombia, emigrating to California, and participating in natural resource conservation and social causes inspire Juan Manuels intellectual interests and deepen his resolve to produce action oriented research that contributes to the empowerment of social movements and brings about social change. Juan Manuel will be graduating in the summer of 2017 with a triple major in Geography, Society & Environment, and Interdisciplinary Studies at UC Berkeley. 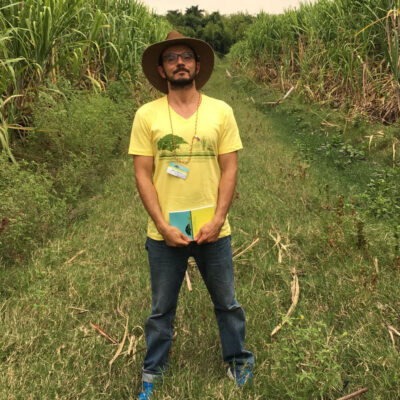