Julissa’s project, “Deconstructing the Juvenile Delinquent & Re-Creating the College Path”, seeks to curtail high recidivism rates by following a threefold model comprised of personal mentoring, sustained academic counseling, and the creation of a safe space to deconstruct the socially constructed labels imposed on youth by state institutions and society. This project will include monthly workshops at partner high schools with “high-risk populations” and monthly college preparatory workshops at San Francisco’s Youth Guidance Center (Juvenile Hall). The second component will include the recruitment of 6-10 young women who will be released from YGC within four months of first contact. The cohort of young women will receive individualized college coaching, one-on-one mentorship and will participate in monthly workshops centered around issues of social justice and self-love, as well as monthly college campus tours geared towards post-secondary education and attainment. Julissa will be collaborating with the UC Berkeley student organization, the Underground Scholars Initiative, which is comprised of formerly incarcerated students and other individuals who have suffered from the ramifications of the prison industrial complex. The overall objective of this project is to develop a sustainable model of empowering incarcerated youth that can be replicated both on and off the UC Berkeley campus.

Julissa grew up along the United States/Mexico border in San Ysidro, California. In 2009 she was successfully admitted to the University of California, Berkeley where she went on to receive her Bachelor's Degree in Ethnic Studies with a minor in Education. In May 2013 Julissa was awarded the UC Berkeley Summer Undergraduate Research Fellowship (SURF). As a SURF Fellow she carried out a qualitative study that explored the lived experiences of formerly incarcerated women. In addition to school and research, Julissa also works at Edna Brewer Middle School in Oakland, California as a College Advisor through the UC Berkeley Pre-College TRIO Program-Talent Search. In this capacity, she primarily serves low-income, first generation students of color. She also serves as workshop facilitator at San Francisco's Juvenile Hall where she works with young men and women from all over the Bay Area. Julissa's life experiences and the lived experiences of the young men and women she works with, inspire and motivate her day after day. Whenever Julissa is not working with youth or buried under a pile of books, she spends the majority of her time with her beautiful seven-year old daughter. Julissa enjoys the simple things, including movie nights, coloring, and hiking with her baby girl. 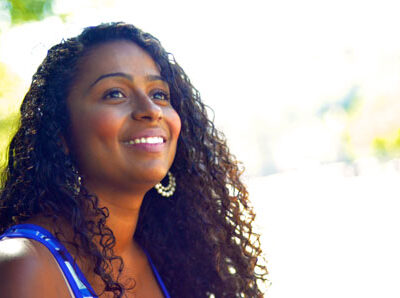