The Dark Side of Russian "High End" Prostitution

Ekaterina’s goal is to raise awareness about the negative effects of social acceptance and non-stigmatization of Russian ‘high end’ prostitution. Although Russian high end prostitutes face as much dehumanization and abuse as trafficked women/children from other parts of the world, notably South-East Asia, India, and Eastern Europe, they do not garner the same degree of global awareness. One reason for this lack of awareness is that the profile of a high end prostituteeducated, upper/middle class, Prada-dressed, beautifuldoes not easily conform to feminist theories portraying prostitution as a male coerced, desperate way for disadvantaged women to earn subsistence money. High end prostitution among Russians is socially accepted and often encouraged by women’s parents and spouses; the money earned through prostitution allows for upward social mobility and increased social status. Ekaterina will travel to Russia, China and Turkey to conduct interviews with Russian women who prostitute internationally. She will then produce an ethnographic collection of stories drawing on these women’s experiences in the transnational sex industry, including sex-slavery, illegal activities, and the various ‘backdoor’ arrangements involving Russian prostitutes. Ekaterina plans to publish a book based on those narratives and hopes to achieve two goals: reduce the number of Russian women lured into the glamorous life of high end prostitution by revealing its dark side, and bring the attention of support groups and governments to this issue.

Ekaterina was born and raised in Khabarovsk, Russia. Her interest in the subject of Russian high end prostitution primarily developed during her high school years, when many of Ekaterina's former classmates and friends traveled to Japan, China and South Korea as entertainers and escorts. Ekaterina has become eager to find answers to many of the "why's" about Russian high end prostitution, namely why it is a socially accepted phenomenon in Russia and why the trauma it causes is not more widely acknowledged. Ekaterina immigrated to the US in 2005 and committed her academic work to the subject of sex-work. Her work began at the City College of San Francisco, where Ekaterina wrote on "Difficulties of Prostitution," focusing on pimps' physical/emotional control of prostitutes. She visited Chinese massage parlors and Russian district bars in San Francisco to gain first-hand insights into the issue of sex-work. When Ekaterina transferred to UC Berkeley in 2009, she gained an opportunity to travel to Russia, China and Japan and conduct her first field study and interviews with Russian high end prostitutes. This work resulted in a Political Science Honors Thesis titled "Russian 'High End' Prostitution Through Cultural and Social Prospectives." Ekaterina's inspiration comes from the women she has interviewed, who not only encouraged her to write a book, but with whom Ekaterina formed strong emotional connections. Ekaterina's passion has become a responsibility to provide a space for these women to voice their stories. 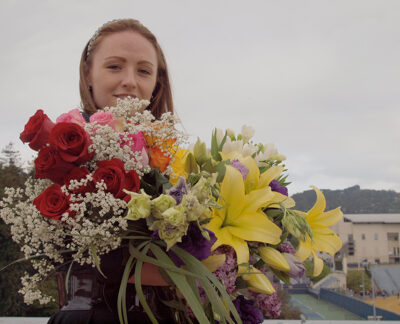