Michael Uy will investigate Venezuelas music education system, Fundacin del Estado para el Sistema Nacional de las Orquestas Juveniles e Infantiles de Venezuela (FESNOJIV), more commonly known as El Sistema. Conductor Simon Rattle and other luminaries in classical music have lavished praise on El Sistemashigh musical standards and social vision. Offering free instruction, the Venezuelan government currently trains more than 250,000 youths in the instrumental and choral traditions of classical music. Uy will document the organizational, pedagogical and financial structures of this program, taking note of both successes and challenges in and around Caracas, including its impressive track-record in helping juvenile offenders, street kids, victims of abuse, and children with cognitive and physical disabilities. He will then share his insights with the Harmony Project, a nonprofit organization that offers free music training to children from underserved communities in Los Angeles.

Michael Uy earned a bachelor of arts with honors in December 2007, double-majoring in music and political economy of industrial societies. Elected to Phi Beta Kappa, he was a Regents and Chancellors Scholar and received the Library Prize for Undergraduate Research. While a 2006 Haas Scholar, Uy researched the performance practice of the Baroque viola, which was the subject of his senior honors thesis. He played both the modern and Baroque violas in the University Symphony, the University Baroque Ensemble, and in several chamber groups. Uy was selected to take part in a public policy conference at Harvards Kennedy School of Government in 2005, and in a special political seminar at Duke and Stanford Universities over two summers. His Stronach project reflects his vision that politics and the arts can be combined with fruitful results. Prior to launching the project, he will examine Chinas global agenda in Beijing, Shanghai, and Hong Kong during a summer 2008 program at the University of Hong Kong. In 20092010 he plans to pursue a Mst degree (equivalent to a Masters) in historical musicology at Oxford University with the support of the Jack Kent Cooke Graduate Scholarship. Related links How classical music is helping Venezuelan children escape poverty, Nov. 24, 2006 Chvez pours millions more into pioneering music scheme, Sept. 4, 2007 Conductor of the People, the New York Times, Oct. 28, 2007 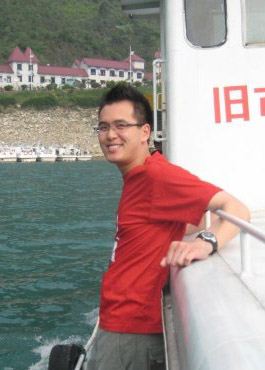