Afghanistan has some of the highest maternal mortality and infant morbidity rates in the world. Most Afghan women do not have access to basic maternal health care, especially in rural areas. Skilled providers attend only 36% of births in Afghanistan with improvements in health care since US intervention, and every thirty minutes an Afghan woman dies due to birth complications. Over 80% of births take place at home in Afghanistan. Ms. Fazilats project, Safe Motherhood, aims to reduce maternal mortality rates in the poorest and most remote villages in Kunduz–a province located in Northeastern region of Afghanistan–by training and educating traditional midwives who currently lack formal training and essential medical knowledge about safe birthing practices.

Ms. Fazilat graduated with honors from UC Berkeley in May of 2015 with a bachelors degree from the School of Public Health. She was two months old when her parents left Afghanistan. They migrated as refugees to Pakistan where she spent the first ten years of her life in Peshawar. Her family received visas to come to United States one day before the attacks of 9-11. They moved to Southern California and Ms.Fazilat started grade school. She returned to her homeland Afghanistan in the summer of 2013 after receiving funding from the Haas Scholars Program at UC Berkeley. As a Haas Scholar, she conducted independent research on maternal mortality rates in Afghanistan. Her Stronach project, Safe Motherhood, was inspired by her experiences working with traditional midwives, doctors, the Ministry of Public Health of Afghanistan, representatives from United Nations, and women in Kabul and the rural villages of Kunduz. 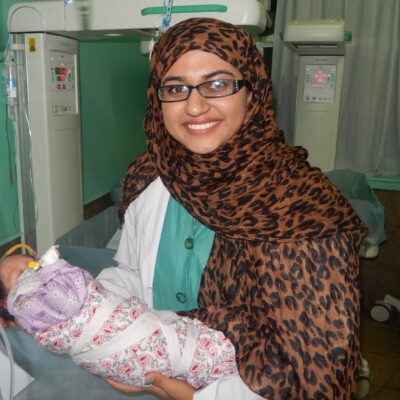