Acting Up - Empowering Young People of Color Through Drama Education

Olivia Rosaldo-Pratt will seek to develop a new way of teaching drama that is both accessible and empowering for young people of color. Although drama is an effective pedagogical tool, it is often unavailable to students of color or offered in ways that can make it feel unappealing. To remedy this situation, Olivia plans to research socially conscious drama methods in preparation to design a new curriculum that she will bring to several East Bay middle schools. She will teach her students a wide range of skills, including performance techniques, memorization, public speaking, and English acquisition, while exploring issues of race, power, teamwork, and anger management with them. She will then share her findings with other theater educators.

In December 2007 Olivia Rosaldo-Pratt earned a bachelor of arts in two majors: ethnic studies and theater and performance studies. In ethnic studies she received highest honors for her senior thesis about drama education for students of color. She was awarded the David and Diana Menn Prize for Outstanding Creative Talent in the Performing Arts for her artistic work in the Theater Department. Olivia has been involved in acting since high school when she wrote and directed her first play. In 2005 Rosado-Pratt performed with the ensemble Punch Theatre at the Edinburgh Fringe Festival and San Franciscos New Conservatory Theatre. She has participated in several performances in Berkeleys Theater Department, and has both acted in and directed pieces with the student group Theater for Charity, where she served as director of operations. Her Stronach project will expand on drama courses which she designed and taught at two East Bay schools for the Forest Foundation in 2006 & 2007. 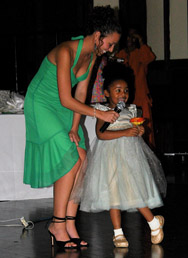