“Umanga Tupuna” (“Food-Work With Ancestors”) consists of the re-conceptualization of Easter Island (Chile), a Polynesian island in the South Pacific Ocean, as the complex performance space it used to be prior to colonial dispossession in the 19th century. The first stage of the project will be to gather oral historians, and to enlist and re-inhabit key places on the island with unresolved histories. Inhabitation for Rapanui people consists of making offerings to emplaced ancestors, who then reciprocally share thoughts, dreams, and stories of the place. The second stage of the project will be to collaboratively make illustrated fictionalized accounts of these experiences. The third stage will be to organize free trips around the island for Rapanui children, as well as workshops with the general population, such that the place-histories in question may be put in conversation with one another. The fourth and final stage will be to compile, publish, and divulge the illustrated fictionalized accounts in a trilingual book. The ultimate objective is for the book to be a commensurate representation of the Rapanui’s disjointed history. The final product will be presented and distributed in Easter Island and Polynesia (where the island is a mythic frontier land); Chile (where the island is a neo-colony); and the United States and Europe (where the island is a tourist fantasy), with the hope that each audience may begin to re-conceptualize the island as a performance space, where history, including contemporary history, is present and dynamic.”

Pablo graduated from UC Berkeley with Highest Distinction in May 2014 with a B.A. in Psychology and Anthropology. He received the 2014 Kroeber Prize for outstanding Anthropology Senior Honors Thesis. Born and raised in Chile, throughout his stay in UC Berkeley Pablo got amply involved in research. He participated in four different URAP projects. In May-July 2013 Pablo became a SURF scholar and conducted research in Easter Island. He returned to Easter Island in January 2014 with an Institute of International Studies grant. Pablo was also active collaborating and creating new venues for research production, collaboration, and publication. He was co-chair of the Tourism Studies Working Group; attended multiple research conferences throughout the nation; and created and organized the Anthropology Undergraduate Research Symposium, the first of its kind. Pablo also served as the Berkeley Undergraduate Journal Managing Editor, in which position his primary job was to publish the SURF conference proceedings; worked as correspondent for the Center of South Asia Studies; and created and taught a DeCal course on Easter Island in order to spark awareness of contemporary issues on the island. Pablo spends his free time playing tennis, and reading and writing fiction. He is also passionate about traveling and meeting new people and places. 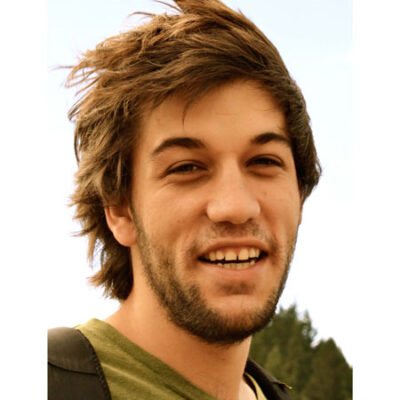