The Garifuna descend from West African, Carib and Arawak peoples and are considered indigenous to Honduras. These three groups were brought together when a slave ship traveling from West Africa to the Americas crashed on the island of San Vicente, ensuring the freedom of the captive men. Over two hundred years later, the Garifuna account for less than two percent of Hondurass population and continue to experience acute marginalization in social, political and economic spheres of life.
Project Arihini is a community-based platform that will apply methods from the disciplines of planning and journalism to build a geographic information system (GIS) of and for eleven Garifuna villages that dot a twenty-mile span of the northern coast of Honduras. In addition, a series of short-form multimedia interviews will be recorded of Garifuna youth giving voice to their lived experiences and shedding light on contemporary opportunities and constraints of village life. The regional GIS may be used by community members as they work in tandem with public, private and for-benefit institutions, towards sustainable deruralization. The documentary will be screened in commemoration of the Garifuna Settlement holiday and its dissemination might work to affirm the power of Garifuna youth while complicating dominate narratives of persistent poverty and rural to urban migration.  The word arihini in the Garifuna language translates to visibility. Upon the successful completion of this project members of these eleven communities will be capable of seeing themselves more clearly while simultaneously asserting their existence, and further, their right to exist and thrive in Honduras.

Born in Los Angeles and raised in Long Beach, California, Rajan began documenting his Afro-indigenous Garifuna culture during his first visit to Honduras at the age of seven. In 2012, Rajan, along with Obinna Onyenedum, co-founded GOAL, a for-benefit organization whose mission is to increase equity, opportunity, and representation of Black indigenous communities of the African diaspora. As an urbanist, Rajan recognizes the significance of community engagement in the planning process, especially in communities that have been historically and traditionally marginalized. As a creative, he is passionate about the multimedia telling of his stories and those of others. Rajan graduated from Berkeley in May 2015 with a degree in Urban Studies. 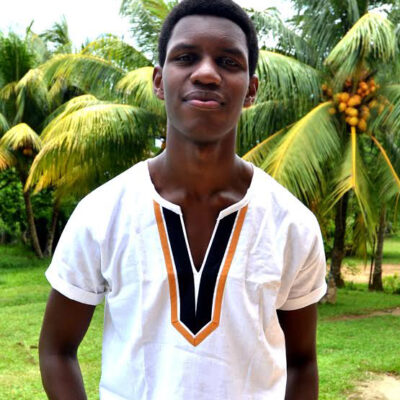