To Plead our Own Cause: Sharing the Stories of Afrikan/Black Students in the UC

Rasheed will organize a UC-wide Afrikan/Black Student Media Collective that will empower student communities to share their own stories and experiences. Working with the Afrikan/Black Coalition, a UC wide network of student leaders, Rasheed will build a news website and a network of hyper-local social media profiles, and produce an online news show and podcast. The cutting edge project will combine journalism, community organizing and media communications to develop grassroots storytellers who will not only counter negative media images about Black students, but empower students to document their own experiences on campus. The goal of this project is to work together with Black UC students to create their own narratives about themselves and their communities.

Rasheed graduated in May 2013 with degrees in African American Studies and Political Science. While at UC Berkeley, he developed online community for Onyx Express Magazine through the platforms on Facebook, Twitter, and Instagram. While studying abroad in East Africa during his junior year, Rasheed blogged for Reach the World, a program connecting travelers with elementary students in the United States. While studying in Tanzania, he also taught English, Geography, and History at a primary school. While in the Bay Area, he regularly works with youth through Oakland Freedom School, Camp Akili, and WriterCoach. Rasheed wrote a thesis for the Department of African American Studies tracing historic housing discrimination against African Americans in Alameda, California. As a McNair Scholar, Rasheed completed a research project in the Department of History about the relocation of Merritt College from predominantly black North Oakland to the Oakland Hills, and the relationship between geography and access to education. Rasheed enjoys photography, reading, traveling, and Hip-Hop music. Rasheed is currently the Director of Media, Arts, & Culture at the RYSE Center in Richmond. 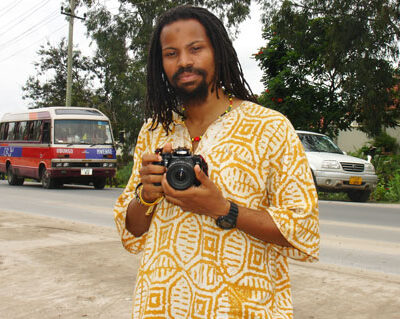