The Per Ankh house of life was a central institution in Kemet (Ancient Egypt), dating back thousands of years to the pyramid age. All large urban areas and major temples through Kemet housed a Per Ankh. It was located within the temple and was where all formal learning and wise instruction took place, as it was responsible for the production and storing of books, and the teaching of scribes and priest. It was also where the doctors and priest practiced medicine and induced healing dreams. The Per Ankh is the oldest known and one of the most exalted intuitions in Africas long tradition of learning.
In partnership with faculty and staff at Contra Costa College (CCC) the Per Ankh program will be committed to enriching, fostering, and nurturing the educational experience of all students, with a special focus on African American high school students who may also be first-generation college students. Ultimately the program seeks to prepare our students for academic, personal, and professional success beyond Contra Costa College (CCC). Students will play a large role in determining the final shape and mission of Per Ankh, through student-initiated support and study groups, student tutors, and student-designed workshops and events. The programs guiding mission is to increase the number of educationally disadvantaged students who:
Enroll in four-year colleges and universities
Earn college degrees
Return to the community as mentors and leaders of future generations

In the winter of 1996, Rodney dropped out of high school, six months before he would have graduated. It would be almost 10 years before he would have the confidence to return to school. In the fall of 2009, he enrolled at the local community college in Richmond, CA and to his surprise earned straight As in his first semester. Rodney was eventually elected President of the student government at CCC. I dedicated my term as President to helping find solutions to potentially narrow the Achievement Gap that existed on the campus for African-American and Latino students. After transferring to Cal, Rodney would go on to be selected as a McNair Scholar. As such Rodney conducted independent qualitative research on Parenting Styles and Black Male Academic Success. Rodney is also a single dad of two small children ages six and seven. In the future, Rodney plans on going to grad school to pursue a PhD in Sociology. With a PhD in Sociology I plan to take an active role in developing policy that will provide educational access for a larger section of students from groups underrepresented in higher education. 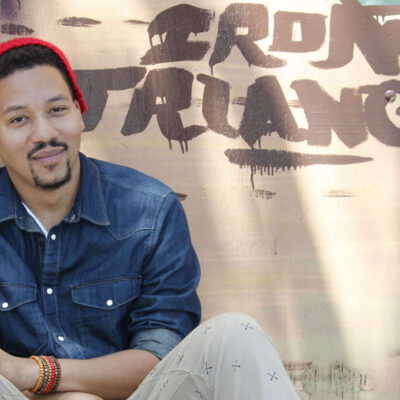