Map Delft: A Community-Based Approach to the Provision of Informal Settlement Maps

Ryan’s project is a community-building program designed to produce detailed, open-source street-level maps of three unmapped temporary relocation areas (TRAs) in Delft, Cape Town, South Africa; home to an estimated one hundred thousand displaced residents.
Ryan’s work in Cape Town involves local community-based organizations, township residents, IkamvaYouth students (www.ikamvayouth.org), OpenStreetMap (OSM) volunteers, and students and faculty from the University of Cape Town in a participatory mapping project. The three main objectives of project are to (1) develop community support networks for recently displaced residents, (2) to strengthen the capacity of non-governmental and community-based organizations to provide relief to Delft residents, and (3) to teach computer literacy, basic web programming, and mapping workshops to a sample of the more than 600 economically disadvantaged youth currently enrolled in IkamvaYouth’s after school education programs.
The short-term goal of the MapDelft project is the creation of vital communal infrastructure designed to directly support residents that have been, and continue to be, displaced to the Delft TRAs. The long-term goal of the project is to develop highly flexible, low-cost, and easy to use mapping techniques in order to equip grassroots, non-professional organizations with the social technologies necessary to engage in the project of community-based development and education.

Ryan received a Bachelors of Arts in Political Economics with a minor in Global Poverty and Practice in 2010. In 2009, Ryan received a Blum Center Summer Travel Fellowship to travel to Beijing, China to research the city's contemporary histories of development and displacement associated with China's hosting of the XXVIV Olympiad. His research culminated in a senior thesis titled "Global Spectacle Production and the Beijing Olympics: Urban Subjectivity in a Post-Socialist State." The semester prior to leaving for China, Ryan worked as a community development intern for the Community Housing Development Corporation (CHDC) of North Richmond, a non-profit developer building affordable housing for Richmond, California's low-income families. While at CHDC, Ryan developed a mapping model using Google Maps that was designed to visually demonstrate the occurrences of foreclosed properties in Richmond, California neighborhoods. These maps represent a unique, rich dataset on city-wide foreclosure rates that were used by CHDC staff to target specific neighborhoods to promote economic recovery in the wake of the housing crisis. Before joining the student body at the University of California, Berkeley, Ryan served a six year tour of duty with the United States Air Force. While in the USAF, Ryan served as a Communications and Navigations Systems Journeyman specializing in C-130 Aircraft Terrain Mapping Radar systems. 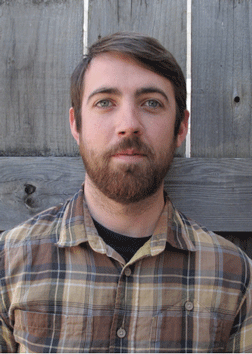