In spite of recent anti-HIV/AIDS awareness and sexual health campaigns, youth continue to contract HIV at disproportionately higher rates than the general population. Stigma and fear of discrimination further discourage at-risk youth from getting tested. This creates additional barriers to treatment and negatively impacts the quality of life of youth who are already living with the disease. William Ching intends to illuminate the social and human costs of living with HIV/AIDS by collecting the oral histories of historically marginalized youth whose lives have been impacted by the HIV/AIDS epidemic. He plans to travel to major metropolitan areas around the country and work with both youth and community-based organizations to create a new HIV/AIDS education and prevention guide tailored to youth and young adults based on the lived experiences of HIV+ youth, women and communities of color. Underscoring education, prevention and destigmatization, William hopes to capitalize on and publish content through emerging multimedia and social networking sites, using the personal testimonies of youth living with HIV. He credits the knowledge and tools he has gained from ethnic studies courses and is anticipating incorporating them into his project. William hopes that by documenting the personal experiences of historically marginalized HIV+ youth, the project will be another tool that lays the groundwork for a more comprehensive and inclusive approach to HIV/AIDS.

A first-generation college student, William Ching earned a bachelor of arts in ethnic studies from UC Berkeley in 2009. In 2008, he was a Public Policy & International Affairs (PPIA) Fellow, spending a summer at Princeton University taking coursework in domestic policy, economics and statistics. While in Princeton William and his cohort also presented policy recommendations on juvenile justice waivers to Honorable Anne Milgram, the state attorney general of New Jersey. He has previously interned with the American Civil Liberties Union, served as advocacy co-chair of the National Asian American Student Conference (NAASCon) and in 2008, served as a Young People For (YP4) Fellow. William also has had an article he wrote for a college newspaper published in the New York Times. He spent this past summer studying at the University of Cambridge in the United Kingdom. William intends to pursue graduate studies in public policy in the future. 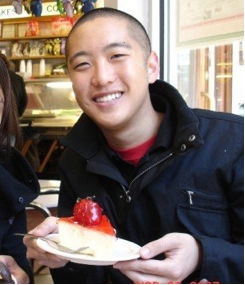