Yoram Savion-Royant will work to create a new narrative of crime and punishment that promotes restorative justice. Tapping into the creative and healing power of youth, he will develop and lead a sustainable employment program in media literacy at the Youth UpRising community center in East Oakland. His young trainees will produce professional multimedia articles for the Oakland Tribune, the Alameda County Behavioral Health Services, and other public interest websites. Focused on increased policing, widespread institutional failures, and mass incarceration, their stories will document the lived experience of urban youth, highlighting not only the problems they encounter but also their solutions, thus imagining possibilities for social change. The Oakland Tribune has been publishing stories by Savion-Royant’s team as part of its 2007 Homicide Report and 2008 Pieces of the Puzzle project.

In December 2007 Yoram Savion-Royant earned a Bachelor of Arts with honors in his individual major, New Media, Art and Social Change. Yoram: When I first received the Prize, I was still working at the Youth UpRising community center, teaching young people how to do photo and video production. I was able to purchase the latest professional video camera equipment and my path as a filmmaker was set in motion. One of my first students, Kash Gaines, who became my teaching assistant at the center, is also a dancer and we began making videos for fun with the local dancers doing TURF. We would upload the videos to YouTube and share them with our community. We were trying to show that Oakland has many hidden talents and shouldn't only be know for its violence and dangers. One morning, I shot a video a flew blocks from the community center, for a dancer friend's brother who had just been killed in a car accident on that same street corner. The video went viral all over Europe and then the USA and eventually got us the attention of mainstream media in TV news coverage and interviews. Now our YouTube Channel counts over 35,000,000 views and we established YAK FILMS as a California Corporation, traveling to document street-based dance everywhere. In all of our work, we try to maintain our initial vision for change: to offer a voice of resistance and an alternative to the mainstream media by sharing the talents of young people around the world. Please follow us here Related links Savion-Royant and his students at Youth UpRising KQED review of “Cool Remixed” Profile in East Bay Express August 2010 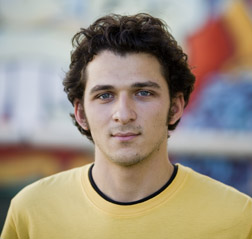