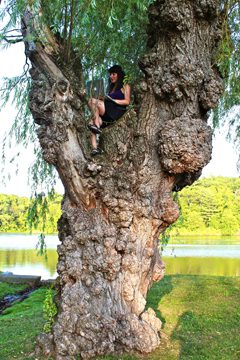 With a rapidly increasing amount of tropical forest threatened by logging and land conversion, there is growing concern about retaining species diversity, and in turn, ecosystem sustainability. My research uses methods from the Operations Research field to incorporate ecological considerations for strategic planning in multi-use tropical forest landscapes. While past research has primarily focused on identifying sites for placing permanent reserves, my research develops optimization tools to create algorithms that apply principles of ecological sensitivity to both reserve patterns and harvest scheduling at once.I am utilizing recent advances in numerical […] 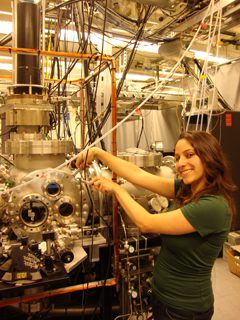 Metalloporphyrins are found in various different organisms ranging from humans to plants. Metalloporphyrins consist of a porphyrin macrocycle with a coordinated metal atom at their center. They are part of many biological systems such as chlorophyll, vitamin B12, cytochrome P-450, and hemoglobin. Synthetic metalloporphyrins are used as commercial dyes and catalysts in the design of solar cells, molecular electronics, and supramolecular building blocks. The metalloporphyrins interaction with light plays a critical role in many systems therefore it is important to characterize the molecules interactions with light. The goal of my […]

My research focuses on the growing recognition that the scientific study of consciousness is lacking in one crucial element: a rigorous methodology for examining the first-person, qualitative aspects of conscious states. While neuroimaging and computational cognition have greatly enhanced our knowledge of brain function, we are no closer to bridging the explanatory gap. That is, how does neuronal activity create the deeply complex, subjective, and personal world that each of us experiences? Though conventional scientific study does not currently recognize introspection as a valid method of inquiry, I will examine […] 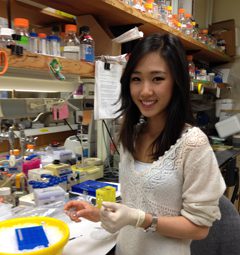 Increasing crop yields has always been a global issue. One of the largest studies of domestic hunger, Hunger in American 2010, reported, hunger is increasing at an alarming rate in the United States (Feeding America). My research this summer focuses on identifying a bHLH gene, ms32, which promotes fertility in maize (corn), the most widely grown grain crop. As the anther – the male reproductive organ in plants – matures during early development, five distinct layers are formed and required for meiosis to function properly. One of the five layers, […] 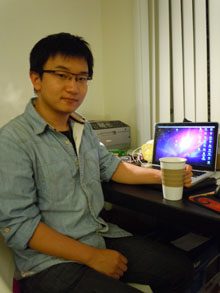 To judge whether an economic bubble would lead to a financial crash and to estimate the critical time of a crash are significant in financial areas. The Log-Periodic Power Law (LPPL) is an equation that describes how bubbles evolve and grow. By fitting the equation into a financial time series, it is possible to predict the event of a crash. The equation proves to be effective in predicting several financial crises, such as the one in 2008. My research will focus on extending the model to predict market behaviors after […]

Butterflies are known for the remarkable patterns and colors of their wings. There are precisely arranged rows of microscopic single-cell scales across the wing surface. The color of scales can result from either the biosynthesis of pigments within the scale, or from structural coloration (sometimes both). Structural colors, such as iridescence, are of particular interest because they originate from the interaction of light with complex nanostructures that are found within or at the surface of each scale. A remarkable example of iridescence is seen on the wings of the Gulf […] 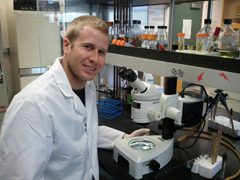 Caenorhabditis elegans is a widely studied bacterivorous nematode that is typically grown on one specific strain of E. coli as its standard food source for experiments. However, in nature the worm encounters almost endless varieties of bacterial food sources and establishes a much different microbiota than those grown in our sterile lab environments. Our lab is attempting to characterize this yet unknown normal mircobiota of C. elegans and to understand how different bacteria may provide benefits for the worm. So far our lab has identified two soil isolates that seem […] 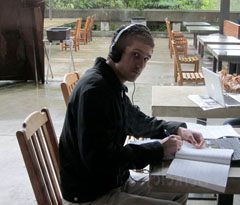 Karuk is an endangered language indigenous to Northern California. One of its most interesting features is its large variety of verbal prefixes and suffixes, expressing everything from person and tense to the direction of motion relative to the Klamath River. For my summer research project, I will be focusing on just one suffix, the essive, which roughly provides the meaning of being in a certain condition. For example, when applied to the verb imus, to see, the result is imus-ahi, to look like. I plan to take a more modern […] 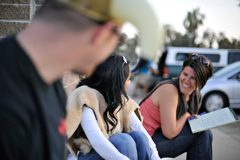 It is estimated that approximately 15% of the U.S. population has some type of learning disability (LD) (LDA, 2012). Though there is a growing body of research about people with LDs, this population is still dramatically misunderstood and underserved. Due to the amount of people in the U.S. who are now discovered to have LDs and the magnitude of the correlations to the social issues that exist, there continues to be a growing interest in identifying the barriers to success that this population faces. This research focuses on the effect […] 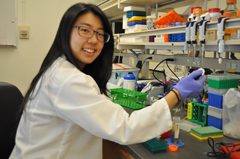 Bacterial communities have been shown to impact everything from geochemical cycles to human health and disease; however, the mechanisms by which natural microbial consortia partition resources and stably maintain cooperative loops of metabolite transfer are very poorly understood. These are incredibly powerful concepts; for example, synthetic communities could represent effective compartments for bioremediation or complex biochemical synthesis. Thus, we propose an exploratory study aimed at developing a genetic interaction map between pairs of model bacteria. Specifically, we will study Shewanella oneidensis MR-1, Zymomonas mobilis ZM4, Desulfovibrio alaskensis G20, and Escherichia […]