The Gospel of Nicodemus and Early English Drama

During the middle ages the apocryphal Gospel of Nicodemus was wildly popular throughout Europe, and was translated into nearly every vernacular language. This non-canonical religious text contained a piece of theology that has fallen into obscurity, Christs harrowing, or descent, into Hell. In Middle English the Harrowing of Hell occurs as a narrative poem in three manuscripts, spanning the late 13th century to the early 14th century. A striking aspect of these poems is that they appear to straddle the line between what we consider poetry and drama. The poems sparse descriptions, ensemble cast of biblical characters, and almost entirely spoken action has led some recent scholars to determine the poem is, in fact, an early play explicitly intended for dramatic performance. My research project intends to question this hypothesis by comparing the Middle English Harrowing of Hell poems to their source in the Gospel of Nicodemus, looking for clues to help indicate both the genre of the texts and to further our understanding of what genre meant in the early Middle English period. The hope of this project is to explore the space between poetry and drama to improve our understanding of both when and how plays began to be performed in the English language.

I am absolutely thrilled to be a part of SURF, and I would like to extend my sincere thanks to the Anselm Fund donors for this incredible opportunity. As an undergraduate student I now have the chance to develop skills most medievalists do not learn until their graduate level education. The chance to work on an extensive and original project over the summer and into the following academic year will be an invaluable experience as I pursue graduate school and beyond. 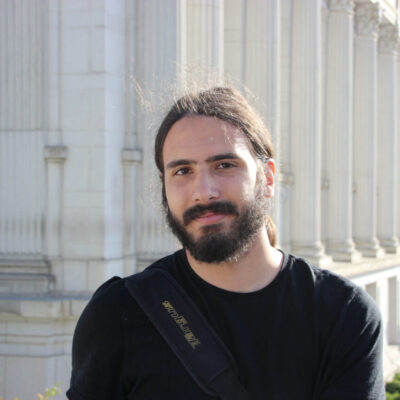