The Hardy Boys series of young adult mystery stories began publication in 1927. At the same time, psychologists were beginning to view adolescence as a stage of development distinct from childhood and adulthood, the concept of generational identity was gaining traction in popular discourse, and the hard-boiled genre of mystery novel was in its early developmental stages. Hardy Boys novels were published yearly throughout most of the twentieth century, both recording and influencing the development of models of youth, the new concept of teenagerhood developed in the forties, and the popular adventure literature that would so strongly influence standards of masculinity in the twentieth century. Despite all this, there have been virtually no detailed literary-critical analyses of these texts. My project will undertake such a detailed analysis, with a particular eye toward gender constructions and portrayals, and how these portrayals could affect adolescent gender socialization.

Being a SURF fellow is central to my academic success. My goal is to pursue a career in academia, but as a transfer student, I have less time and access to resources necessary to distinguish myself in pursuit of that goal. As a low-income student, summer research would have been out of the question without the Anselm Fund's financial support. SURF is allowing me not only to continue and advance within my field, but to add an original contribution to the literary conversation. I couldnt be more thrilled! 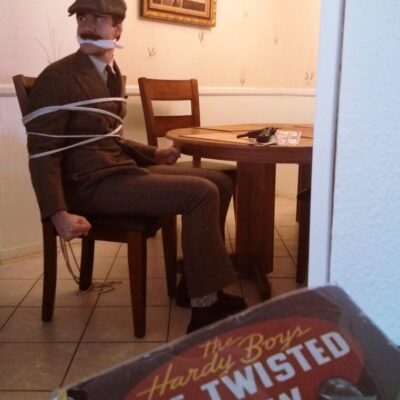