Caesars and Subdivisions: The Urban Fabric of the Roman West in the Age of Augustus

The years 31 BC AD 14 saw the Western world undergo a great revolution in culture, politics, state, and society as the regime of Caesar Augustus dismantled and replaced the centuries-old republican system of government at Rome with an imperial autocracy. In the provinces of the Roman empire, the very fabric of the city provided a key platform for the promotion of the Augustan program. However, recent reassessments of the period have begun to suggest that many of the changes in urban form during this era may instead have been the culmination of longer-term, local, social and cultural trends, particularly in the Western Mediterranean.
This project then aims to create a systematic approach to understanding the role of regional currents in this transformation of the cityscape through on-site research at the well-preserved early Imperial cities of Augusta Emerita, Nemausus, Ostia, Pompeii, and Herculaneum, with a focus on public spaces and their physical context. It is my hope that such an undertaking may serve to aid historians in better understanding the nature of empire, power, and influence in the premodern world.

Thank you so much to the Anselm Fund for allowing me to pursue my research abroad this summer! Being able to work in and move through the ancient cities which I was studying allowed me to develop a far deeper understanding of the experience of Romanization than any body of literature possibly could. My time abroad gave me the opportunity to develop both as a scholardelving (quite literally) ever deeper into the archaeological remains of the great cities of the ancient worldand as a personimmersing myself in the culture of the vast and varied places through which I passed. My work has already begun to shed light on a number of rather interesting, new perspectives on Roman imperialism and Im very excited to continue developing these over the course of the next few months. Doubtless this has been an experience that will stick with me for years to come. 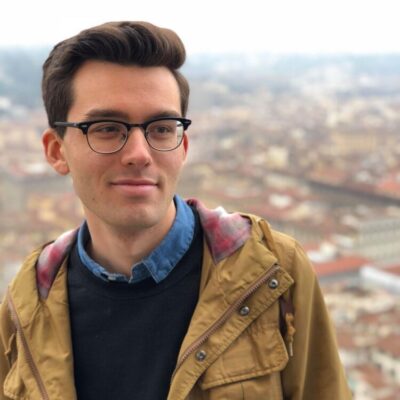