Investigation of the GSTM Gene Family in Humans and Apes

Glutathione S-transferase Mu 1, or GSTM1, is a gene found in humans and apes that makes toxins easier to metabolize by the body. GSTM1 is extraordinary because it is one of only two genes that has been deleted independently in both humans and apes through evolutionary time, but is still present in some individuals. Over half of the world population does not carry the GSTM1 gene, yet carrying the deletion has broad physiological implications such as higher rates of certain cancers, metabolic disorders, and the early onset of severe mental disorders. The GSTM locus has undergone complex and unique structural variation events, such as deletions and duplications, throughout its evolutionary history, but these events and their catalysts are still poorly understood. For my project, I will perform in-depth genetic analyses to understand why and how the GSTM gene family has changed over time and across species. Not only does this work shed light onto genetic structural variation a fundamental mechanism of evolution it also gives us a deeper understanding of a gene family that is directly tied to severe human illnesses.

My deepest thank you to the Rose Hills Foundation for your generous support of my research this summer. Working full-time on a research project has given me valuable insight into the slow but rewarding process of scientific research, the dynamics of a lab, and the enthusiasm of a scientific community. I have emerged from this summer with much more confidence in my skills and capabilities, and I feel much less afraid to approach labs and dive into scientific subject matter. I am so grateful to have grown as a researcher with the encouragement of my SURF cohort and mentors. I have long wanted to study evolution; thank you so much for the opportunity to pursue how evolution has shaped life while supported by the SURF community. 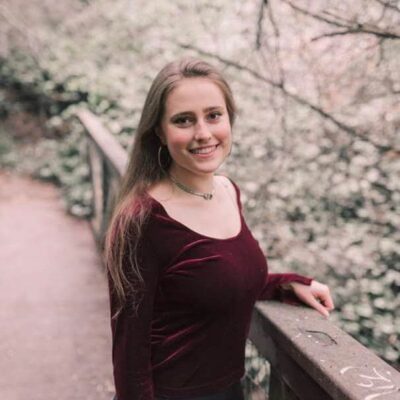