Roman Amphoras of North Africa: Markers of a Pan-Mediterranean Economy

The Crisis of the Third Century (AD 235-284) nearly saw the complete collapse of the Roman Empire due to a combination of foreign invaders, plague, civil war, and economic depression. While there is a considerable amount of scholarship on the 3rd Century, I am hoping to re-examine this scholarship with an archaeological lens. I am focusing my research on the study of Roman trade amphoras. These ceramic vessels will give me a good picture of the consumption and trade patterns of Rome during the Late Empire. I am focusing my research even further on trade amphoras originating from North Africa. North Africa was a known in the ancient world as the bread basket of Rome, so it will prove a large sample of amphoras for me to work with. In using a combination of historical texts and archaeology I am hoping that my research provides a new perspective on the economy of the Late Roman Empire.

Dear Banatao Fund, Thank you so much for your generous sponsorship this past summer. The Summer Undergraduate Research Fund was such an incredible opportunity to grow as a researcher and future scholar. I was able to work closely with a faculty mentor on my own research topic I am passionate about. This experience has boosted my confidence in myself as a researcher I continue my academic journey in graduate school. Thank you, Amanda Dobrov 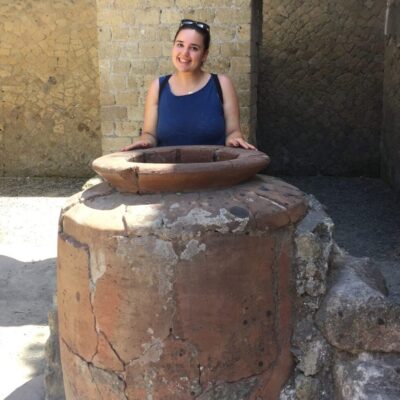