My project focuses on the role of Coptic Christians in the ongoing Egyptian Revolution. Coptic Christians have a long history within the nation as the indigenous population, believed to have descended from the pharaohs themselves. The population has been largely marginalized in recent decades and prone to attacks of sectarian violence. This trend has been exacerbated since the January 25th Revolution of 2011. Through my research I hope to answer and clarify questions regarding the role of the Coptic Church members and clergy in the Revolution.

This opportunity has allowed me to pursue a project that is close to my heart. As a Coptic Christian myself I struggle to find research that directly addresses contemporary issue that affect the community. With this fellowship, along with faculty support, I able to pursue those questions myself and come to grips with the status of non-Muslims in Egypt. Without this, I fear such a task would be close to impossible. So far, the experience has proven to completely reinvent my understanding and faith in the Egyptian country and people. 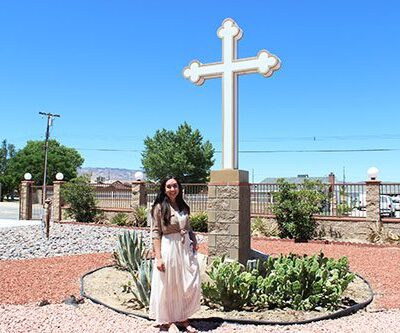