An Analysis Into the Typical Years in a Refugee Camp

One of the great human rights crisis characterizing the turn of the 21st century is the drastic increase in the number of refugees worldwide. As of 2014 the UNHCR reported the number of people forcibly displaced to be 59.9 million people and pinpoints the number of years spent in refugee camps to be 17 years. The UN, NGOs, advocates and the international community have given great effort to meet this serious human rights crisis characterizing the turn of the century. However, the most commonly quoted statistic pinpointing 17 years as the average duration of protracted refugees has questionable origins. Although the statistic originated from a 2006 edition of the UNHCR report The State of Refugees, upon closer inspection the statistic can be traced to an internal UNHCR document in 2004 that surprisingly does not refer to camps at all and is only specific to the situation in 2003. Despite this crude estimate, the figure has been popularized and cited by countless sources including academics, journalists, humanitarian-celebrities, advocates and media.
The purpose of this research project is to reveal the unreliability of the 17 years estimate, provide a sound estimate of the number of years refugees spend in camps or in urban settings and identify the main contributing factors to protracted displacement. By using publically available data, and critically understanding that each camp is a unique situation, I hope to narrow down the margin of error and present a more accurate estimate. Most importantly, acquiring the correct statistic will educate the general public on the seriousness of the situation millions of people face based on truth rather than myth. Providing this estimate will not only fill a gap in academic knowledge but will also hopefully inform non-profits and advocates for more accurate and sustainable health, work and education refugee programs.

I would like to thank the Wishek Foundation, the University of California-Berkeley and the SURF Program for providing me to opportunity to pursue this project. When applying for the program I was unsure whether I would have the skills and capacity to pursue my research question. I am very glad and grateful for the support from my advisors and the program coordinators at SURF who have instilled in me the confidence to bring this project from an idea into a reality. Thank you so much for giving me the opportunity to dedicate an entire summer to grapple and understand a subject I am very passionate about. 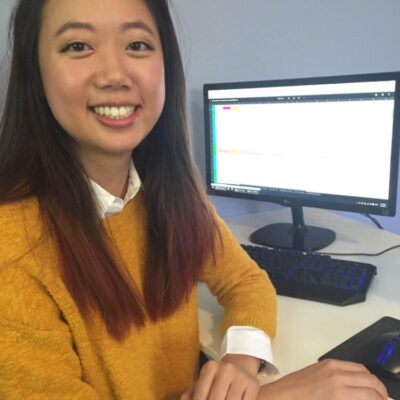