Gestational Diabetes Mellitus (GDM) is a condition of glucose intolerance onset during pregnancy, and is associated with increased risk of complications during pregnancy and increased likelihood of bearing overweight infants. Worldwide GDM affects approximately 4% of women, and studies suggest that GDM may be more common in Indian women. Early screening and treatment of women with mild GDM has been shown to reduce the likelihood of complications during pregnancy and prevent the onset of type-2 diabetes. Given the growing public health concern of GDM and type 2 diabetes in India, there is a pressing need to find a simple and feasible test for GDM. Relaxin is an insulin homologue produced in pregnant women, and has been demonstrated to be significantly higher in diabetic women compared to their normal counterparts, indicating that relaxin could provide a convenient marker for GDM. This project aims to determine whether elevated plasma levels of relaxin correlate with increased risk of GDM in pregnant Indian women. The development of a simple and cheap GDM test has the potential to provide widespread GDM prevention to communities with limited access to healthcare worldwide.

This project would not be possible without the financial support of the Rose Hills Foundation. It is an honor to be given the opportunity to travel to India to pursue this project. The fellowship provides me with the ability to personally gain experience in fieldwork and research abroad and to contribute to a field that I am passionate about. I would like to thank the Rose Hills Foundation for its generous funding, the GPP department for their support, and my mentors Lee Riley and Purnima Madhivanan for their guidance and confidence in me. 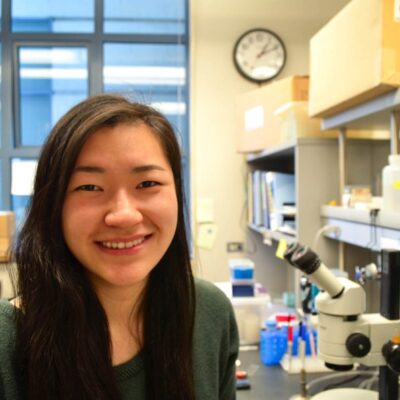