Disentangling the Contributions of Reactive and Proactive Cognitive Control to Impulsivity

Impulsivity as an individual behavioral trait is a hallmark of externalizing disorders including ADHD, oppositional defiant, and conduct disorders. Impulsive individuals are thought to lack cognitive control (i.e., the ability to behave according to ones goals), which has been found to operate via two distinct modes: reactive control (i.e., goal information is triggered by a stimulus) and proactive control (i.e., goal information is sustained over time). While many studies have indicated that dysfunction of the lateral prefrontal cortex (LPFC) is implicated in poor cognitive control, the temporal dynamics of LPFC cognitive control in impulsivity remain unclear: Do both proactive and reactive cognitive control representations in LPFC contribute to impulsive behavior? By analyzing functional magnetic resonance imaging (fMRI) data from an emotional decision-making task, I will investigate the specific contributions of both cognitive control types to individual variation in impulsivity using multivoxel rule representations in LPFC. This project will fill an important gap and provide insight into complex neural mechanisms underlying impulse-related externalizing disorders.

I want to express deep appreciation to my donor for this incredible opportunity to pursue independent research. This summer, my passion for research grew and developed immensely. Nothing excites me more than thinking about the brain--and I'm so grateful I was able to spend this summer doing just that! This experience has encouraged me to apply to MD-PhD programs and I hope to become a physician-scientist in the future to bridge the gap between neuroscience research and patients with brain-based disorders. In addition to gaining more research skills this summer, I also gained so much confidence in my own abilities. I am so thankful that I was granted this opportunity, and I am so excited to continue pursuing research! Thank you. 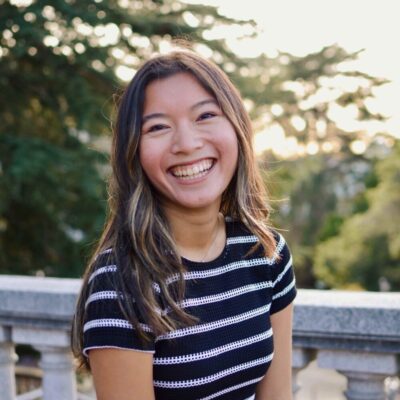