How do fictional cops enable and validate real police brutality? My research surveys a wide selection of procedural television from the 1950s to the present, examining each show in its context to understand the cultural, political, and sociological work done by narratives that cast police officers as “good guys” in a reality where that may not be the case. From standard procedurals like The Rookies to more modern, “progressive” programs like Brooklyn Nine-Nine, I hope to examine how television manufactures consent among the American public to justify over-policing and its consequences. Using policing as a starting point, I aim to investigate the greater American attitude towards violence and how violence in the United States is evaluated as either acceptable or excessive. This project will take an interdisciplinary approach that synthesizes history, folklore studies, legal studies/criminology, sociology, media studies, and political science to understand how effective propaganda is created and what that propaganda creates.

To the Rice Fund: I cannot express enough gratitude for your donation to support my research this summer. This project has not only helped me narrow down my plans for my thesis but also my interests in education beyond my undergraduate degree. American Studies can be a broad and daunting field, but it was such a joy to be able to find something that I'm interested in and be able to delve into it so deeply. From what Dr. Palmer has told me, Adam was a warm, thoughtful, and curious person, and I hope I have honored his legacy through my work. May his memory be a blessing, and thank you. 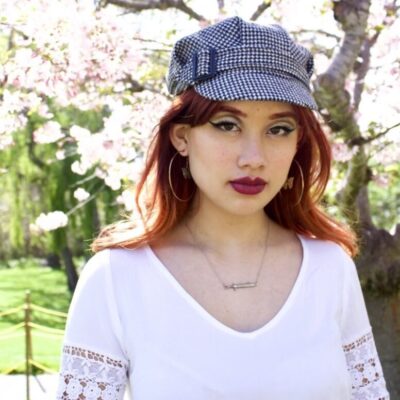