The large scale matter distribution allows to answer the fundamental questions about the Universe including the cosmological constituents and the origin of the Universe. The Universe seems homogeneous on a very large scale (~100 kpc), yet on the smaller scales such as on the order of clusters and galaxies, the cosmological structures exhibits non-Gaussianity. This non-Gaussian matter field created by non-linear gravitational evolution is proved to be hard for modeling. Since the majority of matter is almost non-interactive dark matter, the science we learn from a direct observation has a certain limitation. Therefore, a computational simulation has been a useful tool to study mass fluctuation fields. From analyzing data from the cosmological N-body dark matter simulations, I try to find a better way to correlate the dark matter field and the halo field based on the second order Lagrangian perturbation theory.

The Summer Undergraduate Research Fellowship and the generous support from the Pergo Foundation are allowing me to focus on the research in a field that I want to pursue as a career. Through this invaluable opportunity, I believe I will not only learn more about the cosmology to complete my honors thesis but also develop as an independent researcher. 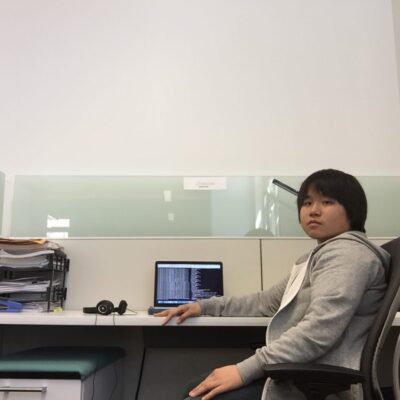