Pour les morts: Tedium, Identity, and the Ethics of Representation in Les Bienveillantes

The story of genocide has largely been taken up by its victims: their testimony takes on a reparative significance, counteracting their previous erasure. Jonathan Littells 2006 novel Les Bienveillantes, however, depicts World War II through the eyes of a Nazi official, who speaks to the reader as both an intellectual and historical actor. The narrators intellectualism authenticates him, makes him relatable, places him in a French literary tradition, and facilitates his crimes.
This intellectual bent allows the narrator to take an administrative position within the regime, granting him access to the bureaucratic information that he then narrates in a tedious deluge of dull facts. The boredom this role implies and inflicts suggests that evil is not only banal, but is in fact an ordeal of drudgery, underlining the deeper horror of a continued choice to be complicit. This project will explore what this depiction of evil means in the context of French literature, and in particular, for French identity, given both Littells self-conscious positioning of Les Bienveillantes within the French literary context as an American author and its outstanding sales and critical acclaim in France versus its less enthusiastic international reception.

I would like to thank the Anselm Foundation for supporting my research this summer. Their generous funding allowed me to pursue my interests beyond a classroom setting. The experience Ive gained through SURF has been invaluable to my development as an academic; furthermore, it gave me the opportunity to make connections with peers in my field. I look forward to putting the knowledge that SURF has given me toward the writing of my senior thesis. 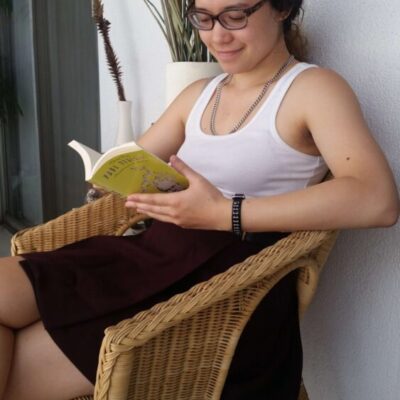 Major: English, Psychology
Mentor: Emily Thornbury
Back to Listings
Back to Donor Reports