Perivascular spaces are cerebrospinal fluid filled areas that surround the brain’s blood vessels and are involved in waste clearance and molecule distribution. When these perivascular spaces become enlarged (ePVS), they become visible on MRI and may represent a response to blood brain barrier pathology and neurodegeneration.
Cerebral arteriopathy dominant arteriopathy with sub-cortical infarcts and leukoencephalopathy (CADASIL) is an autosomal dominant inherited small vessel disease that causes deterioration of small blood vessels, strokes, and cognitive impairment as early as the fourth and fifth decades of life. Due to their presence along the brain’s blood vessels, ePVS may serve as a particularly relevant biomarker for understanding CADASIL disease progression and vascular contributions to cognitive impairment and dementia.
Despite their relevance to this disease, ePVS have not yet been rigorously quantified in CADASIL. My project aims to quantitatively characterize ePVS in CADASIL and test our hypothesis that ePVS load and spread are associated with cognitive decline, changes in mood, and the presence of biomarkers of neurodegeneration.

I am very grateful to the Zara Fund for the opportunity to conduct independent, original research in the Elahi lab and learn so much this past summer. I have grown and challenged myself to contribute meaningfully to the study of the disease CADASIL and feel that I am much more confident in my ability to take on challenges and overcome them. This summer has reinforced my strong interest in research and neurodegenerative diseases and has clarified for me what career I would like to pursue after graduation. Thank you! 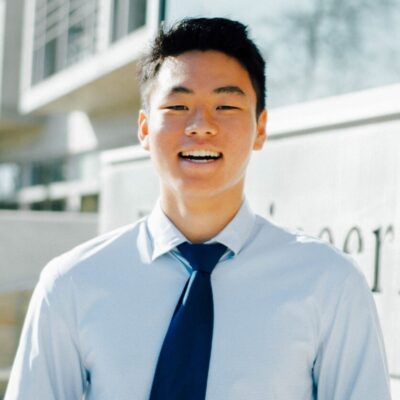