The Novel at Twenty-Four Frames per Second: Adapting Proustian Time to the Cinema

I am researching the relationship between Marcel Prousts la recherche du temps perdu and cinema in light of how each produces images. The prose of Marcel Proust is often termed cinematic, yet it is executed in a medium that is vastly different from film. What is it then about the image at this point in its history that allows for a comparison between this major work of literature and the fundamental techniques of the cinema? To answer this question I am researching the underlying philosophy of Prousts imagery of time and memory alongside the philosophy of cinematic representation. In doing so I hope to draw out a more general trend in the production and perception of images, as well as the psychological insights they allow for.

The aspect of this project which is both the most exciting and most frightening is the opportunity to ask my own questions of my academic studies and hence bring those studies to a more personal level. It is exhilarating because I now have the time to explore questions about the cinema that have been persistently waiting on the periphery of my core literary studies. It is on the other hand frightening because there is the danger of becoming completely obsessed with the project and allowing my personal and academic worlds to become too entangled. What I am finding thus far to be the essential challenge for myself is to keep these two realms at a distance in which they illuminate one another without collapsing together. 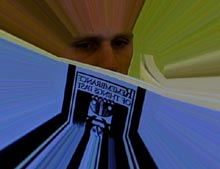 Major: English
Mentor: D.A. Miller, English
Back to Listings
Back to Donor Reports