Plant biomass represents the most abundant collection of polymers on this planet. As a dominant carbon sequestration system, an upwards of 150 billion tons of biomass is produced worldwide each year, but humans currently utilize only 2% of this resource. Thus, there is a large margin to accommodate recent interests in lignocellulosic plant biomass as feedstock for biofuels and other commodity chemicals.
A major bottleneck in the generation of commercially competitive biofuels from lignocellulosic plant biomass is the presence of acetate throughout the plant cell wall as this chemical hinders the access of enzymes required to depolymerize the biomass and is a potent fermentation inhibitor to many microbes. To date, three proteins families have been identified as participants in the O-acetylation of plant cell wall polysaccharides the Altered Xyloglucan9 (AXY9) protein, the Reduced Wall Acetylation (RWA) and the Trichome Birefringence-Like (TBL) proteins. Though our understanding of the participants involved in cell wall acetylation continues to mature, little is understood regarding the transcriptional regulation of these proteins.
The Pauly lab has identified two putative transcription factors thought to be involved in the regulation of wall polymer O-acetylation in Arabidopsis. Moreover, a transcription factor homologous to these proteins has been shown to increase drought tolerance when overexpressed in potato. Taken together, I aim to prove/dismiss the hypothesis of the involvement of these two transcription factors in plant cell wall polysaccharide O-acetylation and drought tolerance in the plant model system Arabidopsis thaliana.

Thank you very much, to my sponsor, Rose Hills, for the summer of 2015. Through your funding I stand to gain a great deal of independence in managing a project, analyzing results and refining my critical, scientific thought process. This invaluable opportunity gives me the chance to research alongside undergraduate, graduate and postdoctoral researchers alike. Through this dynamic research experience I know I will contribute to our understanding of plant cell wall biosynthesis, and in doing so, will gain the tools necessary for my graduate and professional research endeavors. 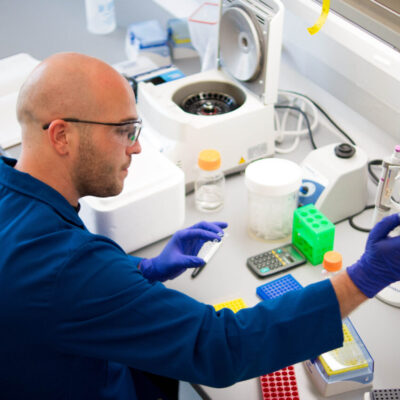