Losing My Religion: Evidence of Religious Doubt and Anxiety in Black Plague Literature from 1553 to 1603

King Henry VIIIs split with the Catholic Church in 1534 brought about the social and political turmoil known as the English Reformation. This religiously tumultuous time period was made more challenging by a resurgence of the Black Death. In order to study the social, political, and emotional responses to the politically imposed mass religious conversion of England during the English Reformation, I plan to research Early Modern print books that involve the Bubonic Plague. I’m asking the questions, how can literature be used to express doubt in a society ruled by religion and what textual themes arise in order to psychologically and theologically rationalize mass catastrophe? To answer these questions I will read testimonials, dialogues, pamphlets, and prayer books on EEBO. My study of these texts will be a way into understanding the impact of the Bubonic Plague on this pivotal moment in Anglican religion.

I would like to thank those who value education and research enough to donate to the SURF program. I cannot stress enough how grateful I am for this amazing opportunity to do research on this topic about which I have been passionate since high school. SURF will vastly expand the research basis that I will create this semester so that I can write a senior thesis paper in the coming school year, and it will substantially bolster my preparation for graduate study in the field. I will be able to use the tools I learn this summer for the rest of my career in academia. Thanks to the Anselm Fund for the support! 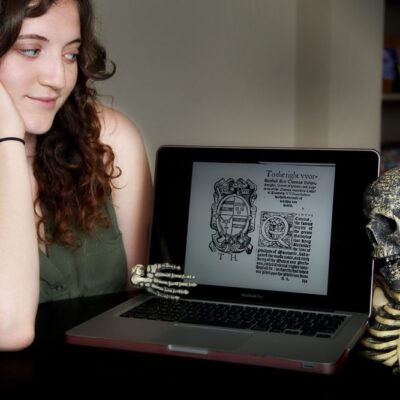