In the Raulet lab, we are interested in studying the ability of a subset of innate lymphocytes called Natural Killer (NK) cells to respond to stimulation (responsiveness). NK cell responsiveness mainly depends on their ability to engage with a family of proteins called Major Histocompatability Complex Class I (MHC-I) molecules commonly expressed throughout the body. However, whether a particular cell type is responsible for setting the levels of NK cell responsiveness is still outstanding. During the summer, I will develop part of a bigger project aimed in identifying the cellular component important for tuning the responsiveness of NK cells particularly focusing on the role of MHC-I on non-hematopoietic cells (nHCs). Once we establish the cellular type involved in tuning NK cell responsiveness, we could be able to modulate NK responsiveness towards hyper- and hypo-responsivity, to be applied in cancer therapies or for the improvement of graft rejection.

The tremendous honor of receiving the Summer Undergraduate Research Fellowship is a privilege that not only allowed me to stay in Berkeley to research, but that allowed me to follow my dream. I have long wanted to pursue a career in research and this fellowship opened the path to do so at such an elite university as UC Berkeley. I am incredibly grateful for this opportunity to push myself in ways I never have before and I hope to gain a more independent experience within my lab that emulates an experience close to that of graduate school. 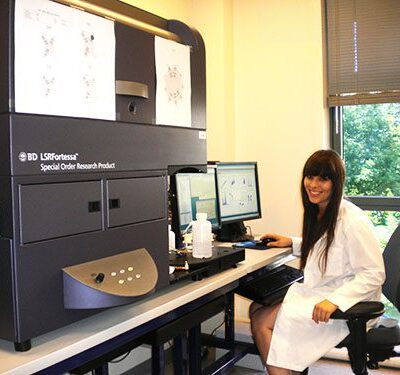