Members of the Burkholderia genus are Gram-negative intracellular bacteria that are highly pathogenic to humans and animals. Some species are capable of manipulating the actin cytoskeleton in eukaryotic cells for intracellular movement, which promotes cell-to-cell spread and evasion of the host immune system. However, the mechanism of actin nucleation is not understood. This project will determine how actin nucleation mediated by the conserved bacterial factor Burkholderia intracellular motility A (BimA), which is required for actin-based motility, differs among three Burkholderia species. Identification of BimA motifs that are important for actin-binding and actin nucleation will provide insight into the mechanisms by which the different species manipulate the host actin cytoskeleton during infection. This study has clinical and public health significance because these structural motifs could serve as targets of potential drug development to treat diseases such as melioidosis and glanders.

I am honored to have been chosen as a fellow by the Summer Undergraduate Research Fellowship program and humbled by the opportunity I have been afforded to continue working on this project. Not only do I plan (and hope) to make significant progress this summer, but also to shape the trajectory of my career in science, whether it takes me to graduate school or medical school. As always, I am grateful to my mentors, Erin Benanti and Matt Welch, and all of the members of the Welch lab, for their support. 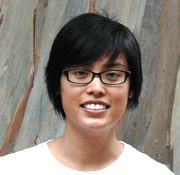