Who Would Rule Over Immortal Gods and Men: The Preservation of Cosmic Order in Hesiods Theogony

Within pantheistic ideology there is a clear, central conflict: the birth of a new deity poses a threat to the existing cosmic order. This complication will be my focus this summer as I perform close analyses of the Archaic Greek poems that have since provided the canonical representations of the Olympian pantheon: Hesiods Theogony and the Homeric Hymns. A specific episode in the Theogony known as the Typhonomachy will be my launch point for examining in greater depth female deities in their maternal role, and the way in which their ability to give birth to and train a new god influences the divine political structure.

The SURF program is my idea of pure luxury; I am so grateful for the opportunity to indulge in reading these texts at a leisurely pace and formulating my own ideas about them. It is incredibly exciting to be given the time and space to engage with the vast world of Classical scholarship and to do so under the guidance of a faculty mentor. I see the SURF program and the generous support of the Anselm Fund donors as a gift because it allows undergraduate thoughts to be listened to as valid contributions to academic discourse. I so look forward to sampling what it might be like to pursue a career in academia and, of course, studying Greek in the Berkeley sunshine. 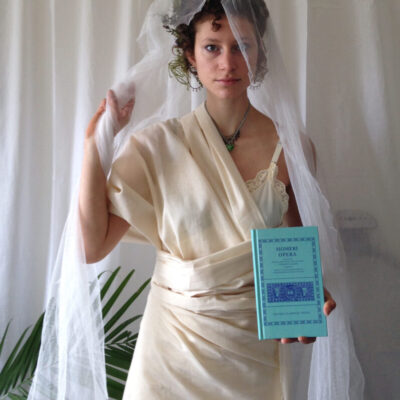