Read It with Tears: The Poetics of Old Norse Marian Devotion

Skaldic poetry, a genre of medieval Icelandic vernacular poetry characterized by its ornate poetics and highly inflexible meter, typically taking the form of royal encomia, was the preeminent poetic form in much of Scandinavia during its period of composition (mid-9th-mid-14th centuries). My research will focus on the latter end of this tradition, the rarely studied Marian skaldic poems (typically) composed in the 14th century. The Marian poems demonstrate a deep self-consciousness about the function of poetry within their changing culture, effectively using skaldic traditions as affective technologies to create emotional responses. The deeper understanding of the aesthetic gestures and innovations made by these Marian poems that my research seeks to access could provide incredibly valuable insights into Old Norse textual culture. Composed centuries after conversion, the distinctly skaldic emotional technologies deployed by these Marian poems suggest the enduring power of the genre in cultural memory, and a tradition of emotional response heretofore understated. Analysis of how these later and dramatically innovative poems interact with the skaldic tradition and Old Norse textual culture would open the door to further study of how skaldic poetry functioned within the wider culture, and how Christianized Iceland interacted with the cultural weight of its pagan past through art. My research most immediately tries to answer the question of the cultural and affective significance of skaldic poetry, but its implications are broader, aiming to suggest ways in which cultures interact with and carry forward their histories in light of profound change.

I'd like to thank the Anselm Foundation for their generosity. Not only has SURF afforded me the opportunity to do research full-time, it has also helped me to grow as a researcher, developing new abilities and expanding my horizons. Being able to spend a summer working with medieval Scandinavian Marian texts is a (sadly!) rare opportunity, and one that has been immensely rewarding. Thanks to the Anselm Foundation, I've been able to experience research as a holistic process; beyond merely working on my own project, I've also been able to work alongside and be inspired by others across fields and disciplines. 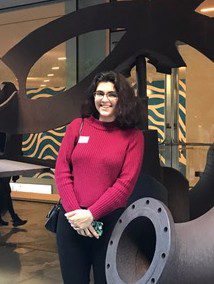 Major: English, Scandinavian
Mentor: Kate Heslop
Back to Listings
Back to Donor Reports