In string theory we are interested in the set of world sheets swept out by strings moving through spacetime that satisfy certain equations of motion. This set, called a moduli space, is mysterious and complicated but it possess a lot of structure that is not apparent at first glance. I study this moduli space using a mathematical tool called K-theory which leads to studying an infinite dimensional cone in a space of rational functions. This cone is invariant under certain rotations of the space of rational functions. I study arbitrary sets of rational functions invariant under these rotations. This will hopefully shed light back on string theory and other things.

Math is a hard field to penetrate and most students dont get to start doing original research until grad school but thanks to the support of Anselm MP&S Fund I had the opportunity to focus on my research enough to make real progress. I proved some lemmas, clarified some things, and a picture is forming that I am hoping connecting two different pieces of math. Delving into this specific area has also made me realize that math is a more thickly wooded forest with more delightful surprises than I could have imagined before this summer. This research experience has solidified my conviction in the meaningfulness of charting this formidable terrain. With this conviction I am now excited to do a pHd studying mathematical physics. 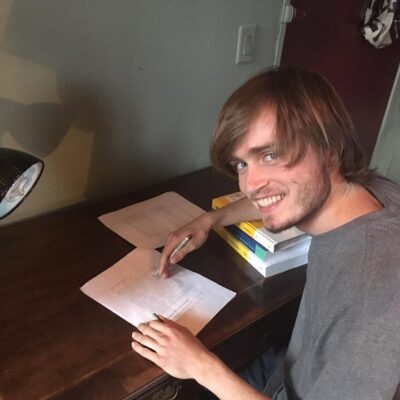 Major: Mathematics
Mentor: Alexander Givental
Back to Listings
Back to Donor Reports