Adolescence has been defined as a transitional period characterized by physical, cognitive, and socioemotional changes while the brain goes through a parallel process of circuit refinement. It is also a window of vulnerability for the development of disorders like schizophrenia and addiction. However, our understanding of the role of puberty, and the coincident surge in gonadal hormones, in brain and behavioral development is still incomplete. Multiple studies have shown both testosterone- and estrogen-dependent modulation of reward-related behaviors and its circuitry. However, there are yet to be studies that test the role played by gonadal hormones at the time of puberty onset on these circuits and associated behavioral function in learning and decision-making. I aim to study how the rise in gonadal hormone production at puberty impacts dopamine release in the nucleus accumbens (NAcc), a sub-region of the striatum, in male mice. To do this, I plan to investigate how surgical occlusion of puberty alters dopamine release dynamics in the NAcc and consequent changes in learning, decision-making strategies, and motivation in adult male mice.

The ability to commit myself to full-time research this summer, made possible by the generosity of the Rose Hills Foundation, has been such a valuable opportunity for me. I feel more confident than ever that pursuing a career in scientific research is right for me, a conclusion that I would not have arrived at if I had not been able to work on my own research project this past summer. For this, I am incredibly grateful. In supporting young researchers by making full-time research a financial possibility, the Rose Hills Foundation is playing a pivotal role in sculpting the coming generation of scientists. I can now appreciate how valuable complete immersion in research is for an individual contemplating pursuing such a career. Once again, thank you for your generosity. I have learned more this summer than at any other point in my life. 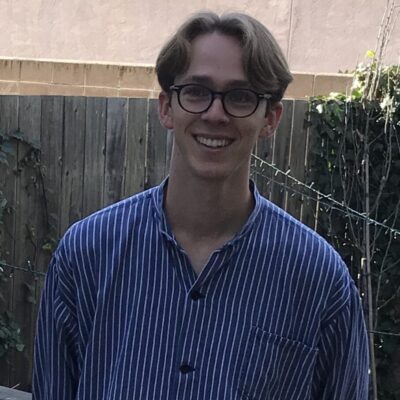