Exploring the correlation between beta oscillations and MEPs during movement preparation

Motor preparation can be probed using both electroencephalography (EEG) and Transcranial Magnetic Stimulation (TMS), a noninvasive brain stimulation technique which evokes a response called the motor-evoked potential (MEP) from the targeted muscle. However, recording MEPs is problematicthe MEP is highly variable from trial to trial, and the sources of fluctuations in MEP amplitude are debated. Some of this variability, as well as the temporal dynamics of the MEP, may be explained by neural oscillations, endogenous fluctuations in brain activity. During the preparatory period, both the MEP amplitude and beta power decrease on average, but it is unknown if the two are correlated trial-by-trial. By simultaneously recording MEPs and from EEG using a combined TMS-EEG method, my SURF project will test the hypothesis that MEP amplitude beta frequency band activity will have different patterns of correlation in early vs. late periods of motor preparation.

Dear Pergo Fund, I would like to express my gratitude to the Pergo Fund for their generosity in sponsoring my SURF project this summer. Although I did not have a chance to meet my sponsor(s) in person, I wanted to let them know how much this opportunity meant to me. Conducting an independent research project has given me a stronger, more personal motivation to pursue research in the upcoming academic year and after graduation. After working full time this summer, I have become a more involved, proactive student in the laboratory, who can contribute novel ideas and tangible skills not only to my own work but also to that of others. As I prepare to become a scientist/physician, I will look back fondly to my memories this summer as one of my best experiences as an undergraduate. Sincerely, Claudia Tischler 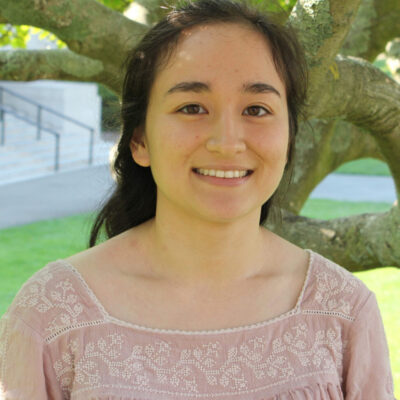 Major: Cognitive Science
Mentor: Richard Ivry
Back to Listings
Back to Donor Reports